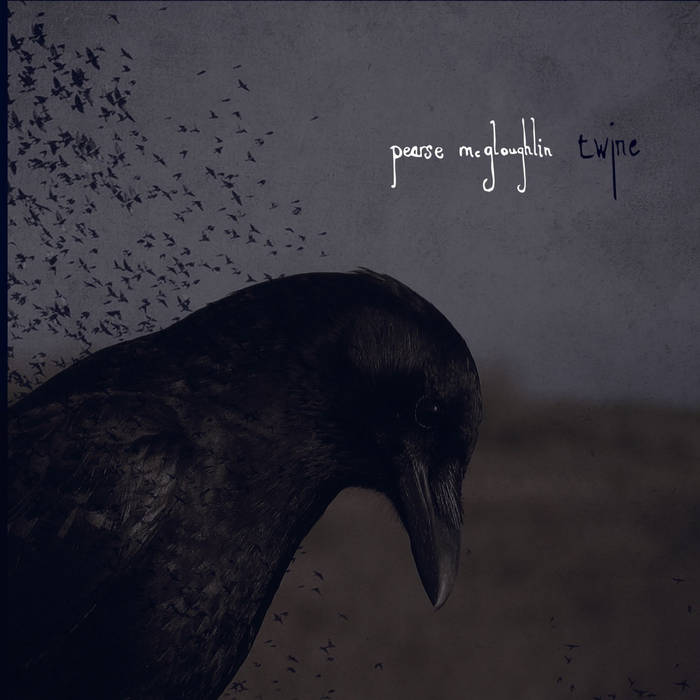 Singer-songwriters aren’t normally my bag and I was a latecomer to the sound of Pearse McGloughlin but he’s gradually winding his way through my circulatory system with these vitally warm songs of his. Busy Whisper was a great album of 2009 and this year, he kept things going with regular gigs before recording the Twine EP which Spherosphere is taken from. He works closely with his visual artist brother Kevin and the result is fantastic, high-quality art, as can be seen in all the recent videos.
- Harmless Noise Blog

On rare occasions, an artist will emerge who avoids regurgitating the tried and tested formula and produces a truly poignant collection of songs. Pearse Mcgloughlin stands as one of those exceptions.
- Oxygen.ie

New clutch of emotive songs from the Sligoman, whose Busy Whisper album was one of 2009's understated gems
- JIm Carroll, The Irish Times

EPs either disappoint, or beg to be played repeatedly. Pearse McGloughlin’s 'Twine' falls in to the latter category
- City Lifers, Manchester

Pearse McGloughlin creates tender & haunting songs of forgotten moments and quiet reflection. Dreamy and atmospheric, his work has an organic aesthetic reminiscent of Mercury Rev or Sigur Ros shot through with exuberant bursts of emotion.
'It has almost magical powers in the way that it pulls you in, creating something that’s utterly captivating and just so damn beautiful'... Record of The Day ... more

Bandcamp Daily  your guide to the world of Bandcamp

New sounds from Mavi, Ivy Sole & Moderator, plus AJ, the One joins the show, for her latest release